Dr. Alan Leavitt and Robin Genden first opened Bayview Optometrics office in 1997. Their Mashpee Commons optometry office has earned the reputation for providing the community with high quality eye care in a relaxed and personal manner. 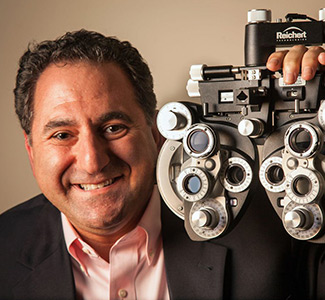 Dr. Leavitt received his BS in Zoology and a minor in Chemistry from the University of Massachusetts at Amherst in 1983. In May of 1987, he was awarded a Doctorate Degree in Optometry from the New England College of Optometry in Boston, MA. During his doctorate study he served as Class President for 2 years, and had clinical rotations in Hadassah Hospital in Jerusalem, Israel, Specialty Clinic at the Boston Eye Clinic, and Brighton Marine U.S. Public Health Hospital. In addition, Dr. Leavitt has completed his Certification in Ocular Therapeutics, and in Advanced Optometric Practice Certification for treatments in Glaucoma.

Dr. Leavitt also continues to provide convalescent eye care to patients in nursing homes. Additionally, in 2006, Dr. Leavitt created Mobile Glaucoma Diagnostics, a company that provides access to the GDx Glaucoma Instrument to fellow Optometrists. Professional organizations include membership with the Massachusetts Society of Optometrists and the American Optometric Association. 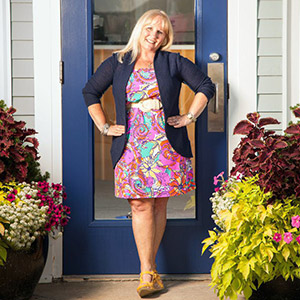 Robin Genden is a Registered Dispensing Optician with the state of Massachusetts and the American Board of Opticians. Robin grew up Longmeadow, MA. She received her Bachelor’s of Science Degree in Business at Lasell College. In addition, Robin also took courses at Boston University and at the University of Massachusetts at Amherst. She has been a licensed optician since 1985. Robin completed a work apprentice program previous to working in the private sector. Additionally, Robin became certified as an instructor in Dispensing Optician Science and has taught students at the Cape Cod Community College.

Robin and Dr. Leavitt have served the Cape Cod community since openingBayview Optometrics in January 1997.

COVID-19 Office Update: Safety measures are in place for your safety and ours! Learn More>